Anna Pujol-Mazzini is a French-Italian freelance reporter focused on the West Africa region. Since the age of 16, she has been covering social justice, humanitarian issues, conflict and protest from Cuba to eastern Ukraine to Azerbaijan.

Her work has been published by the Washington Post, Reuters, the Guardian, the Times of London and others. She speaks four languages fluently.

At the moment, you’re based in West Africa. What brought you there? What keeps you there?

At the end of last year, I decided to leave London to start freelancing internationally. I aimed for a region where I could use my language skills and thought West Africa, on top of being a fascinating, under-reported region, would be a great spot for a French and English speaker.

With violence growing in the region, the Sahel, which had grown increasingly safe and stable over the past decade is at a crossroads. I find it incredibly important to be able to tell the human stories behind these changes — which will have repercussions way beyond Africa.

Recent articles cover Guinea-Bissau, migrant women’s rights, LGBTQ issues and the environment. How do you pick a project?

I’ve always had a deep interest for human stories: the people behind the migration statistics, the personal anecdotes behind the word ‘radicalisation,’ and more. So I tend to cover marginalised communities a lot – women, LGBT people, migrants, among others. Then it usually comes down to a mixture of personal interest and of what is feasible financially and logistically as a freelancer!

You’ve chased stories all over the world. How do you prepare for a project?

Reading, reading, reading! There are very few situations in which I’ve felt unsafe, and those mostly came in the early days from not knowing enough about a country or an event. Now, before I go anywhere, I usually have pages of notes, of questions I want to ask people, of people I want to meet, of cultural details I need to keep in mind. I also often interview people in the country, and chat to freelance colleagues beforehand to ask about security and potential logistical hurdles. Other freelance journalists have been an invaluable resource on that front.

As a freelancer, you’re responsible for your own safety. Do you have any special safety training or gear?

No safety training, no gear — welcome to the life of a freelance journalist! These are often very pricey and completely out of reach for freelance journalists who don’t have organisational support and can’t even rely on a steady income. This is why informal networks of international freelancers — of which many spend extended periods of time in conflict zones — are so important to get the latest updates on a country’s security. Knowing your limits, and acknowledging that there are places you’re not ready to go to just yet, is also an important part of staying safe.

Are there any extra challenges women face when covering a story? Is this a sexist question?

This is a crucial conversation we should be having over and over again. As female journalists, we face a major extra threat: we are much more likely to be harassed and abused sexually — but the violence comes from our own male colleagues as much as it comes from strangers. So of course our job is made more difficult, especially abroad and when working predominantly alone. When I plan a reporting trip, my main concern is not getting caught up in a conflict or a riot — it’s being taken advantage of in a situation that initially appeared safe, by the very people I trusted to protect me.

As a person who speaks 4 languages fluently, has there ever been a time when being able to switch languages defused a situation?

Every day! Being able to chat to people in their mother tongue is the greatest asset I have as a multi-lingual journalist. I’m still amazed at how much people open up when you make the effort of speaking their language — even without speaking it fluently.

Got any advice for aspiring journalists?

Before you embark on this mind-shattering, intense adventure, be sure to check that this is 300% what you want to be doing. You will spend the majority of your time being rejected by sources and editors, you won’t make a ton of money and will often struggle to know where the next pay check comes from. You’ll have to handle tricky if not dangerous situations alone, and you’ll wonder weekly whether you should maybe just be a teacher instead. I still think journalism is the best job in the world — but it’s easy to forget it without an unflinching amount of patience and motivation.

Digital Security for Freelancers and the Rest of Us 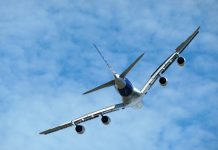 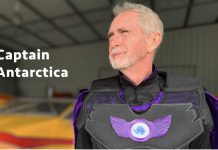 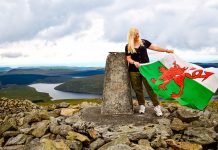 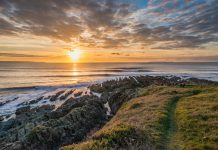 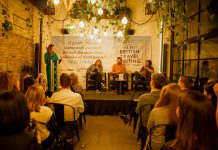