I am at the end of the road in Panama. This is the notorious black-hole in the Americas where the otherwise uninterrupted strip of asphalt from Alaska to Patagonia is broken. Actually, the truth is I’m well off the road already.

I’m sitting on the floor in a treehouse home of the Waunan tribe, some six-hours hike over a mountain jungle pass from nearest civilization. Right now, a naked child is wobbling worryingly towards the unguarded edge where a crushing two metre fall awaits. The unflinching tribal leader reads my concerned expression. “Kids sometimes break arms falling out” he says cooly, “but they quickly learn.”

Adventurous travel can feel a bit like these first insecure steps of the naked Waunan child. This April I set out to discover for myself the mysteries of Darién province and its UNESCO National Park which holds some of the richest biological diversity on the planet. My steps weren’t always steady. But just like that Waunan child, I avoided a proper tumble. Here’s my advice on how to get the best out of your own adventure.

Perhaps this is the most dangerous part of the trip. A twenty-seater rustic chiva bus will take you all the way from Albrook Terminal, Panama City to the distant Darien province some six hours east. Along the way you riddle through a matrix of urban motorways and flyovers, stopping in the most unlikely places to collect passengers and rearrange roof-piled luggage. Rather than requesting your seat, travelers with children rather sweetly pass them directly onto seated strangers’ laps. Gradually the landscape softens to a wetter, lusher and quieter country scene. Family members come and deliver passengers to the bus stop by horse back, and country folk watch you ride by as they recline in hammocks or front porch rocking chairs.

Seat belts are a rare luxury. The worst driving conditions can be avoided outside the rainy season of May-November. On the return journey my driver was clearly racing another vehicle at dangerous speeds and a polite “¿Más lento por favor?” / “More slowly please?” did the trick. If you have real issues, share them with the Senafront border police as you enter Darién province. From here it’s another hour to Metetí.

2. Lost in the jungle

I wanted to go deep into the jungle in Darién, and so my first step in Metetí was to hire a local guide. Isaac Pizarro has been working in Darién for the last 17 years, and is the only qualified guide in the entire province. New regulations from the central Panamanian Office of Tourism now requires all guides to pass their centralised assessment. Their test also includes a basic English element. By contracting Isaac, I hoped I would have a safer and richer experience.

When I asked about the potential danger posed by FARC fighters spilling over from the Colombian border, Isaac set me straight. “The only thing you will die of in Darién,” he told me “is illness.” Admittedly a few other threats have made it onto my list. But many would-be travellers prefer to believe the misinformed rumours about the FARC (propagated as much by misinformed Panamanians themselves as the outside world.) The reality is that unless you are going to the border at the infamous Darién Gap, you are very unlikely to have any problems. As far as route finding and avoiding getting lost in the jungle – Isaac seems to know every spiderweb-thread of trail that laces itself across the province.

Darién is the only place I have been to where the regional capital is only accessible by boat. Whilst none of the principal Darién towns of Metetí, Yaviza or the capital La Palma hit you with a charm offensive – they prove useful re-supply stops when passing between the remote interiors where the real beauty lies.

Isaac and I set out from Metetí to reach the remote Waunan tribe, reaching La Palma on a narrow piragua motorboat carved from a single espavel tree. Departure towards La Palma is monitored by a Senafront police checkpoint. Travellers passport numbers are noted and there are lifejackets waiting on the piragua boats. On the return journey however, there is no such checkpoint, and there were no lifejackets. Word-of-mouth says sinking piraguas are not uncommon. Check the quality of the boat and the water levels inside them before travelling. If unsure, wait for the next one or insist a chaleco salvavida / life jacket is provided.

A machete to a Darién inhabitant is as vital as a smart phone to a modern city dweller. (Isaac also regularly brandishes his Samsung Galaxy, fixing future trips with international clients.) On the mountain trek to meet the Waunan tribe, Isaac often cut away at trees that had fallen in our path. He even showed me how to beat a banana palm leaf with the back of the blade, producing a gun-shot-like sound to frighten unwanted attention from jaguars. A half decent blade, Isaac assured me, can be picked up locally for $10US. Always keep it sharp. Always keep it sheathed when not in use. Remember – however natural it becomes to dress with your machete in Darién – airport personnel might not see it that way on your return journey!

On my fourth and fifth final days in Darién I finally made it to UNESCO National Park. The dangerously boring bureaucracy still involved with getting there could be listed as it’s own threat to life. But once inside, the beauty knocks the breath out of you. Espavel trees thrust skyward like medieval towers. Monkey-ladder vines clawed like grappling hooks through dense undergrowth; and everywhere there was something humming, vibrating or howling through the foliage. At ground level, delicate mushrooms stood proud like fairy lights. And as night fell…“WATCH OUT” shouts Isaac, “it’s the “twenty-four-hour” snake!

Poised and primed, the deadly “twenty-four-hour” snake was almost indistinguishable amongst the mouldering leaf decay. If Isaac hadn’t warned me, I could have stepped on it. A bite would have started the clock ticking. Twenty-four-hours is the fatal time limit for obtaining the antidote.

Stood there watching the hissing snake in the twilight, I felt like I’d reached the middle of the labyrinth. My journey into the heart of Darién had been riddled with potential danger. And yet careful research, preventative action and most of all, hiring a professional guide had kept me safe. Sure there was a venomous serpent to now carefully step around. But to appreciate real beauty and adventure, perhaps we need to be open to finding a little uncertainty at its centre. 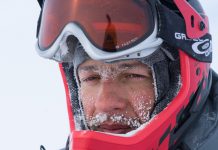 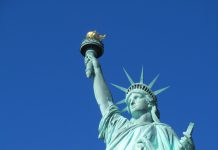 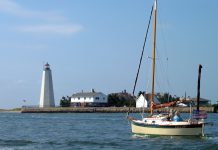 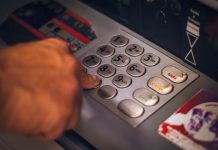 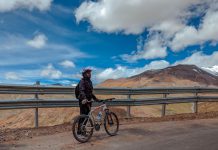