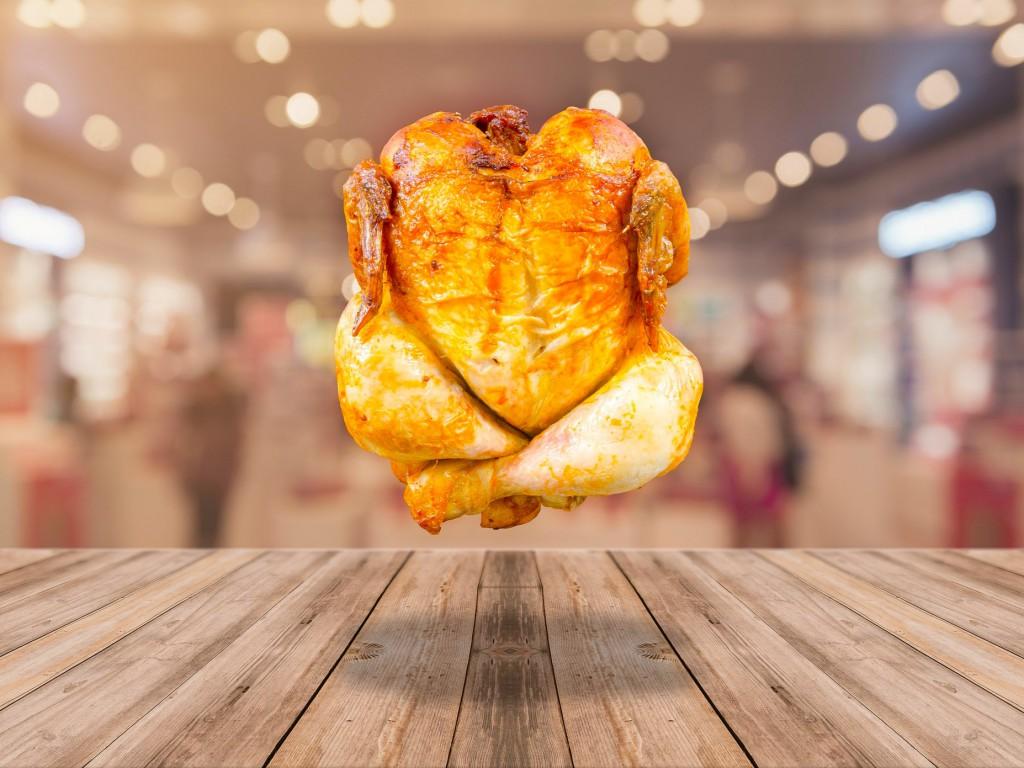 What is Thanksgiving? Why is it on a Thursday? What the hellfire is a candied yam?

For travellers visiting the US in the fourth week of November, check out these tips for navigating travel, the big meal and more for the American holiday.

After nearly starving in the future Massachusetts, undocumented immigrants celebrated their first successful harvest by inviting some of the locals over for a meal. The Wampanoag guests set the precedent for many contemporary large Thanksgiving celebrations by bringing a dish. Most of them, actually.

According to the 5-star review penned by the participant Edward Winslow, the party lasted three days, and wasn’t entirely different from today; activities included sport, eating, and drinking. Plus guns:

…we exercised our Arms, many of the Indians coming amongst us, and amongst the rest their greatest king Massasoit, with some ninety men, and they went out and killed five Deer, which they brought to the Plantation and bestowed on our Governor, and upon the Captain and others.’ 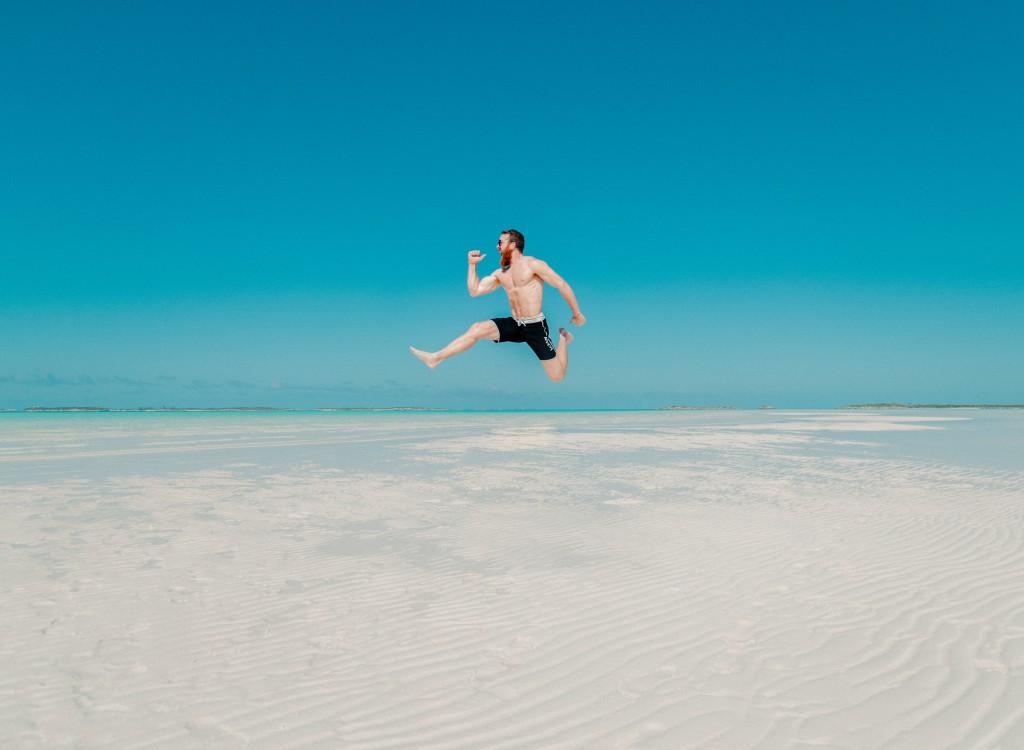 Why is Thanksgiving on a Thursday?

Tradition. Historians suggest that many of the earliest harvest celebrations happened to occur on Thursdays. (3 days to party before a day of pious rest on Sunday?) When George Washington made the holiday official in 1789, he chose a moveable feast rather than a fixed day.

Commerce. For the last 80 years, the holiday’s designation connects to the American economy. Franklin Roosevelt officially settled the matter in 1941, with the aim of extending the holiday shopping season. 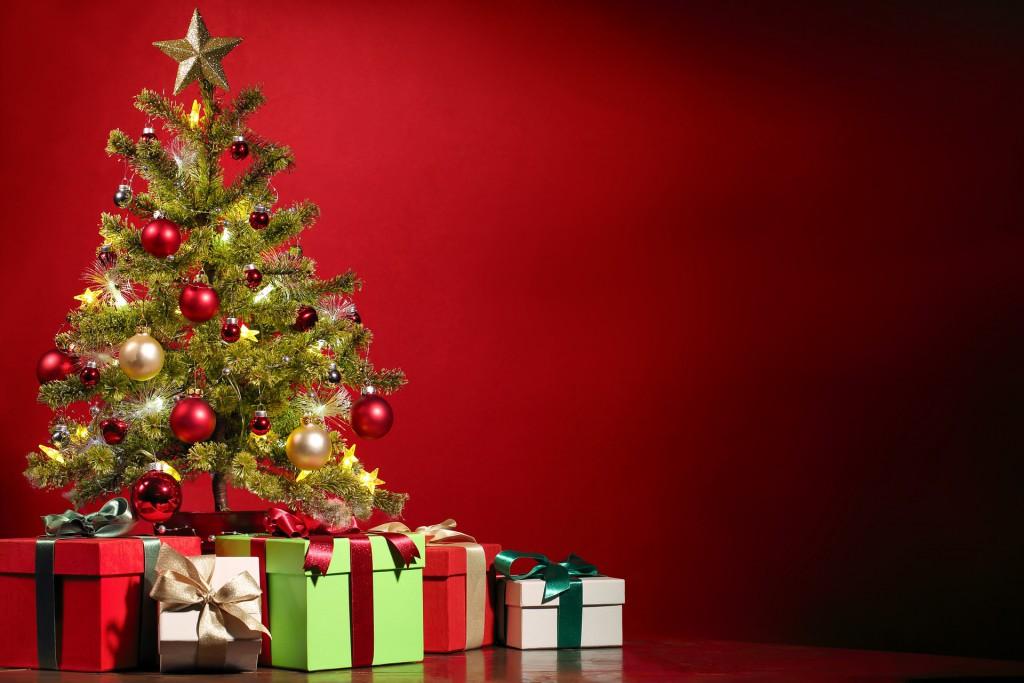 As a non-native guest, folks may try to explain to you that Turkey Day is not a commercial holiday. Digging into the economics of national holidays [including the median spend on airfare, rental cars, fuel costs, highway infrastructure, plus a new haircut to look ‘nice’ when meeting the parents] will not earn you a prized cut of turkey. Smile and nod.

The fourth week of November is the busiest air travel week of the year in the US. Be prepared for delays, plus the scads of screaming babies who are allowed to fly for the very first time!

Tip: Save time, money and sanity by avoiding travel on the busiest days. Want a stress-free holiday travel experience? Swoop in on Thanksgiving and back out the following day. 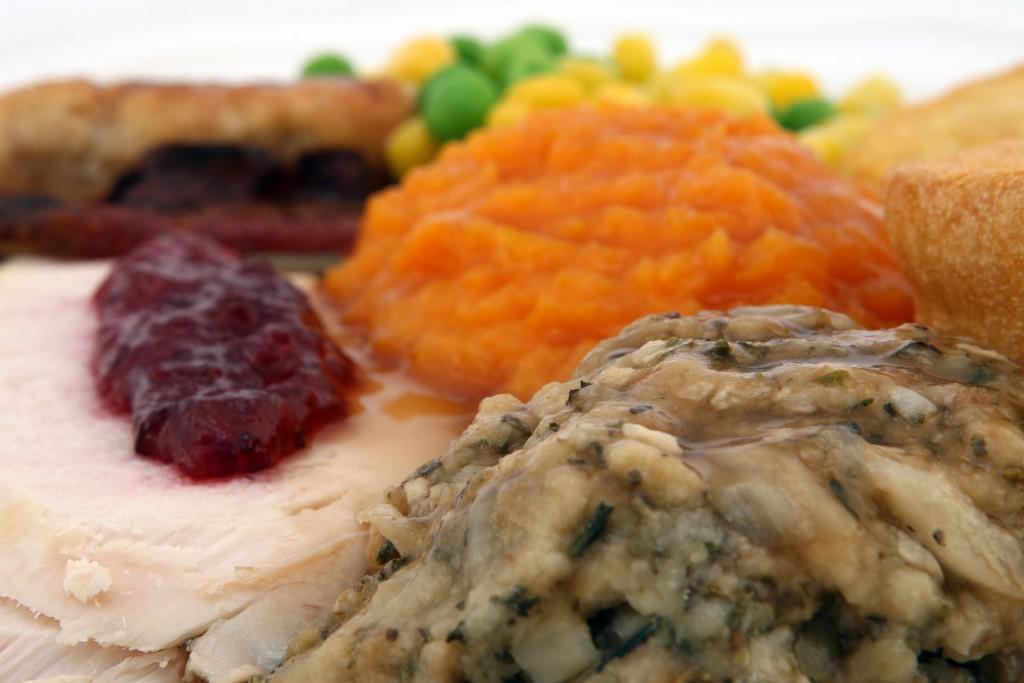 What is a candied yam?

Thanksgiving dinners often showcase tradition over culinary excellence. Expect a number of casseroles bound by a gloopey tinned horror called Cream of Mushroom Soup, the moisture content of which will probably be inversely proportionate to that of the inevitably overcooked turkey.

There’s something called ‘stuffing’, which my uptight Southern grandmother felt was a bit risque; she called it ‘dressing.’ This bland savoury accompanies other carb-rich traditional dishes: mashed potatoes and candied yams.

Candied yams: sweet potatoes sprinkled with cinnamon and buckets of brown sugar, topped with marshmallows. The result is a contrast between the mildly-spiced sweet-and-starchy mush and the sticky topping.

You might get lucky and hit a house that celebrates other regional fare:  tamales, gumbo, venison, pho, hummus, biryani.

3 tips when facing a soggy Brussels sprout: eat-act like people on TV, transferring the unpleasant bite into your napkin. Move that sucker around on your plate and keep talking. Is there a dog around? 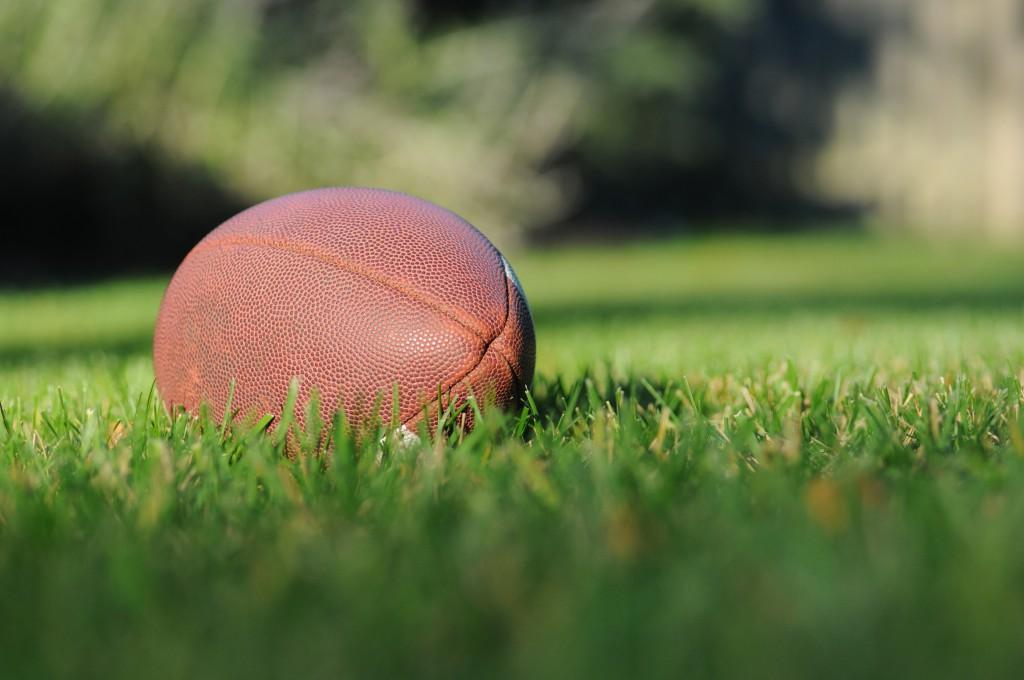 If in the burbs, jump on the chance to participate in a sport on that manicured lawn. Touch football (not that kind, the American one) is popular because everyone can play. Rules can vary, depending on the age and level of ruthless competition. Be prepared by skimming the rules here.

If in the city, why not ask some of the guests to show you around the neighbourhood? A brisk walk can defuse the crash that will come after all that carb-loading. For inspiration, check out Prevention’s 30 Hidden-Gem Walking Trails in America’s Biggest Cities. 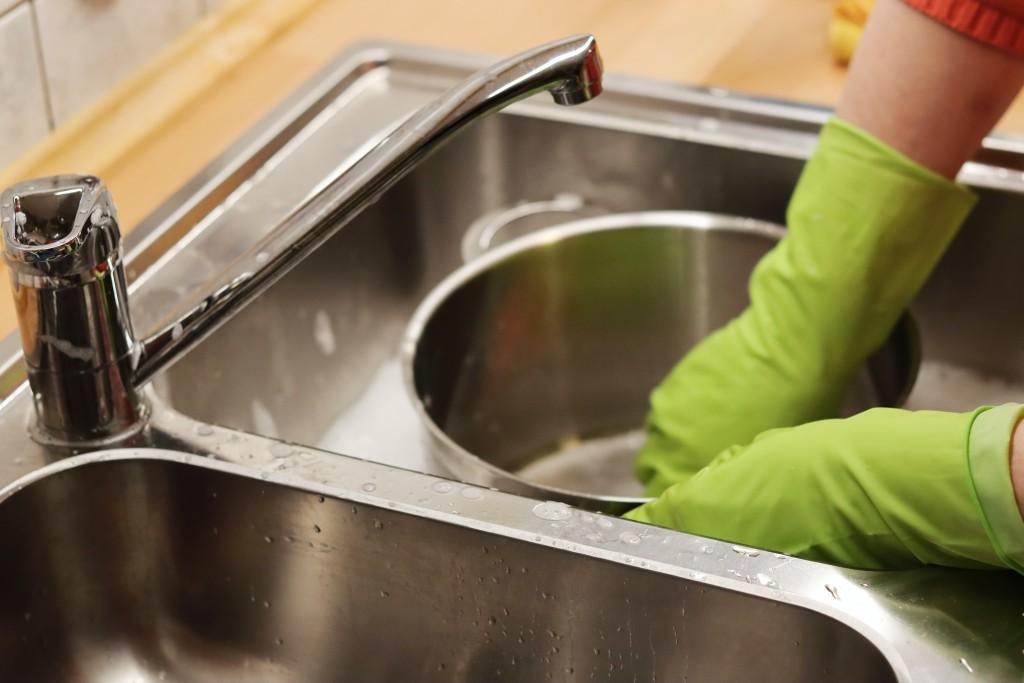 Not into sharing a huge meal with a bunch of strangers?

At a soup kitchen, don’t count on showing up on Thanksgiving Day and getting a cushy serving position. Arriving last-minute probably won’t get you a spot on the serving line, but every soup kitchen has pots to scrub and floors to sweep and mop.

Working in the kitchen may not be glamorous, but it frees up regular volunteers to interact with people they know from the shelter, perhaps during a vulnerable time.

Even better, volunteer the day after Thanksgiving. Food pantries need help sorting all the donations after the holiday.

If volunteering in a soup kitchen isn’t your thing, at least pull your weight in the host’s kitchen. Whilst the stressed-out cook may not want you underfoot, you can fetch things, open tins (there will probably be a lot of tins) open wine and take the trash out. This is a win-win: the cook gets some help and you get to know your host a bit better.

One final tip: Sincerity beats originality for the meal-opening question: ‘What do you have to be thankful for?’ When put on the spot, mention the hospitality of the lovely people are sharing their holiday with you. 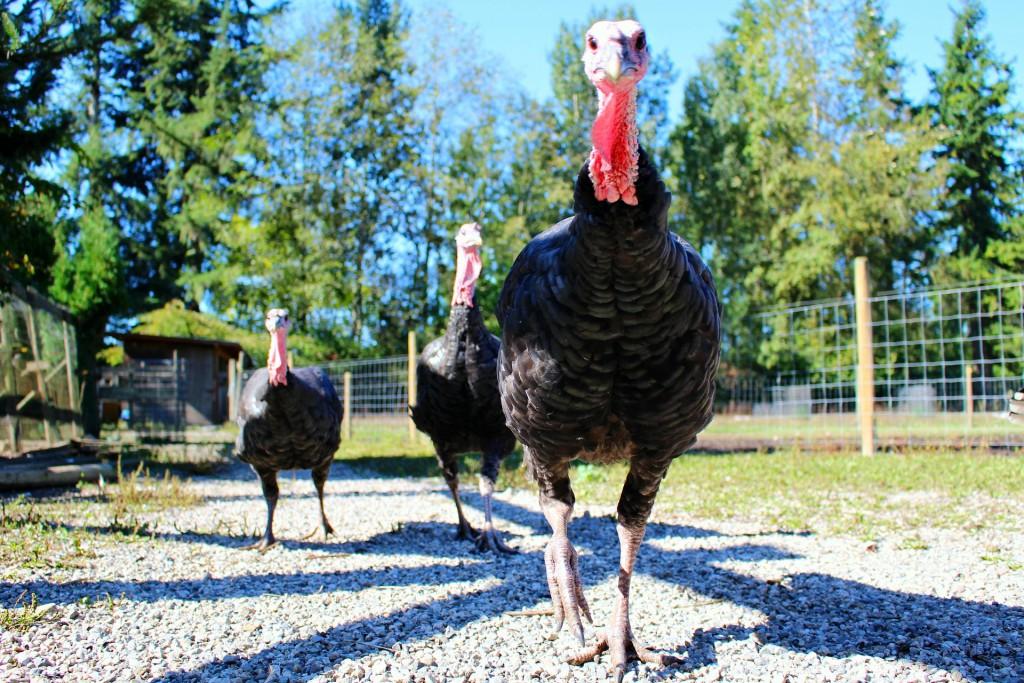 This is an updated version of an article originally published 2 November, 2021.

6 Tips for easier travel this Thanksgiving