How safe is Mexico City?

As the largest city in North America, Mexico City is bursting with unforgettable travel experiences, from an incredible array of world-class museums and cultural experiences to a dynamic culinary scene. You can even climb ancient Aztec pyramids at the awe-inspiring archaeological site of Teotihuacán, within easy reach of the city. 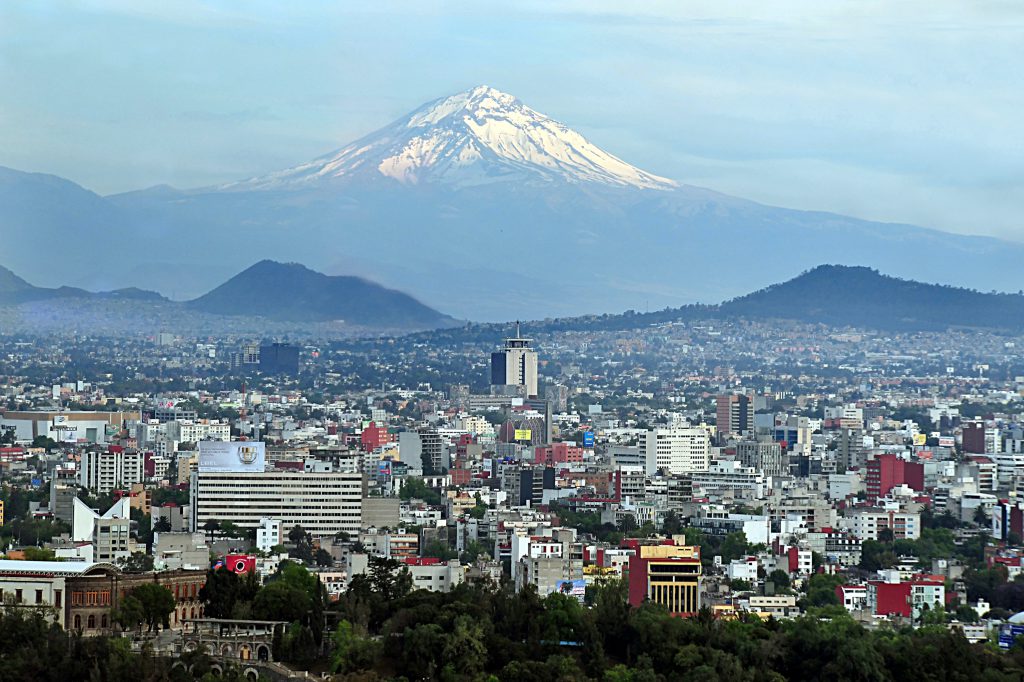 But before heading to this vibrant capital, you may be wondering — how safe is Mexico City? A sprawling metropolis of more than 21 million people, Mexico City once had a reputation as a dangerous destination for travelers. But after a succession of local leaders have prioritized security and crime prevention, in recent years it has become a much safer place to visit. In fact, statistics show that Mexico City has lower homicide rates than a number of major cities in the United States including Boston, Chicago, Miami, and Washington D.C.

As you set out to explore the city, here are a few important Mexico City safety tips to help ensure you have a hassle-free trip.

Only take public transport during the day, if at all

Solo female travelers should be especially careful on public transportation at all hours of the day. Women traveling alone may also want to ride in the subway’s “women and children” only subway cars — though the fact that these exist speaks of the danger that female visitors and locals can face on Mexico City’s public transportation.

Stick to Uber or sitio taxi

Never hail a taxi from the side of the road, even in the historic center or near tourist attractions. Unlicensed taxis are everywhere in the city center but riding in them increases your chances of getting ripped off. Uber is a great alternative, as drivers are licensed and fares are set in the app. If you do take a taxi, have your hotel or a reputable restaurant arrange an official taxi, called a “sitio taxi.” They’re more expensive, but it’s worth the extra cost to stay safe in Mexico City.

Learn a little bit of Spanish

If you’ve visited Mexico tourist destinations such as Cabo San Lucas, Puerto Vallarta, or Cancun, you might assume that everyone in Mexico speaks at least a little English. But that’s not necessarily the case in Mexico City. Travelers should spend a little time learning some common phrases in Spanish ahead of their trip. Not only will speaking Spanish help you navigate the city and communicate with the locals, but it can really come in handy in case of an emergency.

Eat where the locals do

Mexico City is known as a foodie paradise, whether you’re eating at street food carts or upscale fine dining restaurants. But nothing ruins a good vacation quicker than food poisoning, so use your common sense and take a few precautions. The best way to know if a restaurant is safe to eat at is to only eat where the locals eat. Avoid dining at restaurants that are empty or if it looks like the only patrons are other tourists. The same goes for street vendor carts, if there are few customers or the only diners are fellow tourists, choose another option. Also, it’s a good rule to avoid drinking tap water — including ice in drinks. Stick to bottled water instead.

Petty crime is common in the Mexican capital, just like in any large city. So when you set out to explore Mexico City, only bring a copy of your passport and visa (if required), but leave your actual passport and any other important travel documentation locked in the safe in your hotel room. If you happen to be stopped by the Mexican authorities and asked for your ID, simply show the copy and explain that the original is back at the hotel. You should also take pictures of your passport on your phone.

Stay in the safest neighborhoods

Mexico City is huge, and crime rates vary significantly from one neighborhood to the next. When planning your accommodations, the most popular (and safest) neighborhoods for tourists are the upscale Condesa or Polanco districts, the southern half of El Centro (Mexico City’s downtown), the hipster-friendly Roma, and Zona Rosa — the neighborhood where you’ll find some of the city’s major monuments, and most vibrant nightlife.

Watch for pickpockets near touristy areas

Mexico City’s most popular tourist destinations, like the Zócalo, Chapultepec Park, the Palacio de Bellas Artes, and the statue of El Angel, are also some of the places you’re most likely to encounter pickpockets. Be extra vigilant, don’t wear flashy jewelry or bring along expensive electronic items, and avoid carrying all your cash with you. Simply put, exercise increased caution and avoid making yourself a target.

Planning to visit Mexico City? No matter where you’re headed, it’s always a good idea to have travel insurance. Even if you take all the precautions discussed above, and more, travel insurance can protect you in case the unexpected happens. Mexico City travel insurance policies available from battleface ensure you are covered in cases from lost passports or delayed baggage to trip interruption or the need for emergency medical care.

Still have a question?

Let us help you out.

×
Continue with your purchase? You will be able to pick up right where you left off.

You're seeing information for ~~~. To see local features and services for another location, select your country of residence.
United States